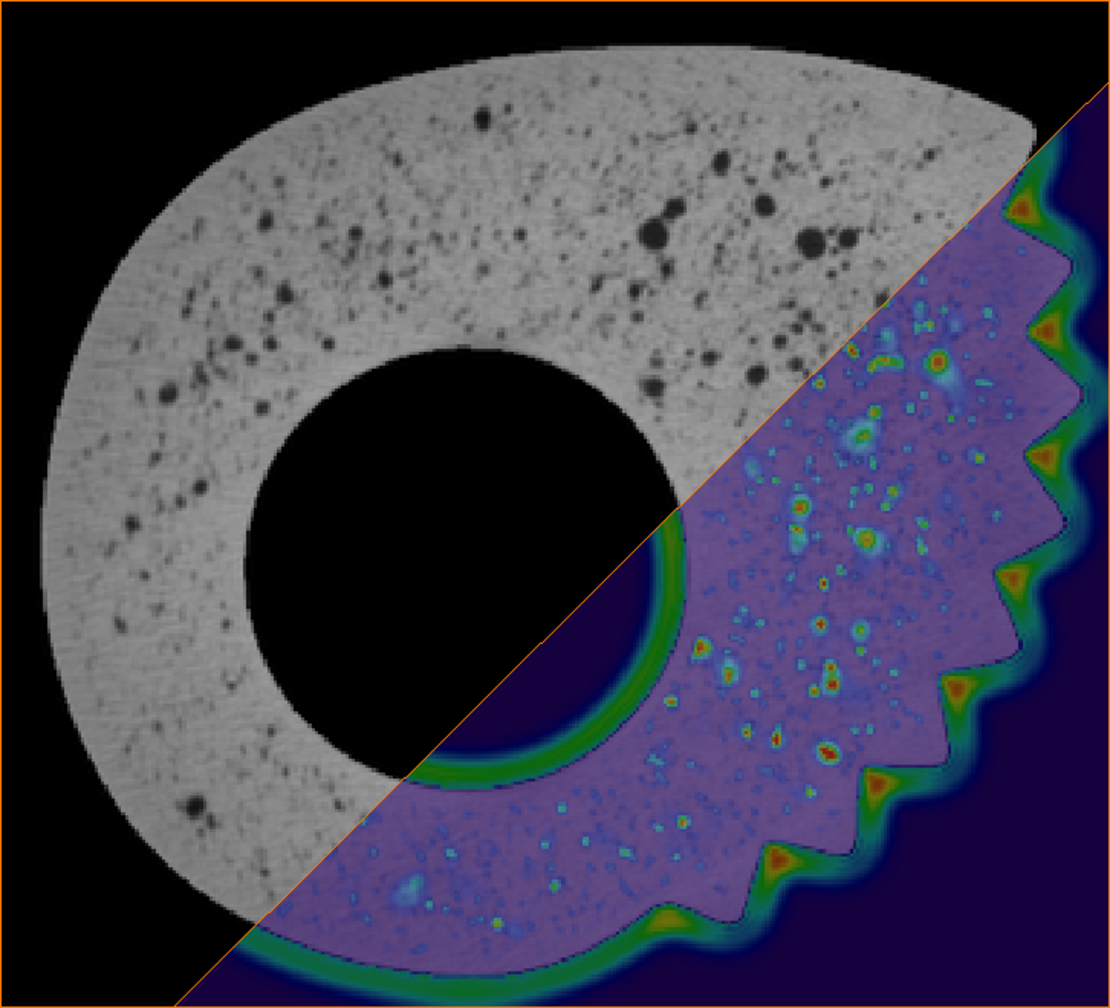 Detection of spherical or blob like bright objects, such as cell nuclei in Light Microscopy, or porosity in X-ray CT images of metal casts.

The filter enhances the center of such objects, useful in particular with low contrast images or objects which are close to each other. Objects can then be detected using binary thresholding, or the H-maxima module for peak detection.

The filter can operate over a range of scales and thus detect objects of variable size within the input image. A secondary output of the module indicates the object size that generated the maximum response.

It is implemented as a Python Script Object module, relying on the scipy package.

Help for installation
Help for script