A set of tools dedicated to the preparation of data for training Deep Learning models and reducing annotation time. 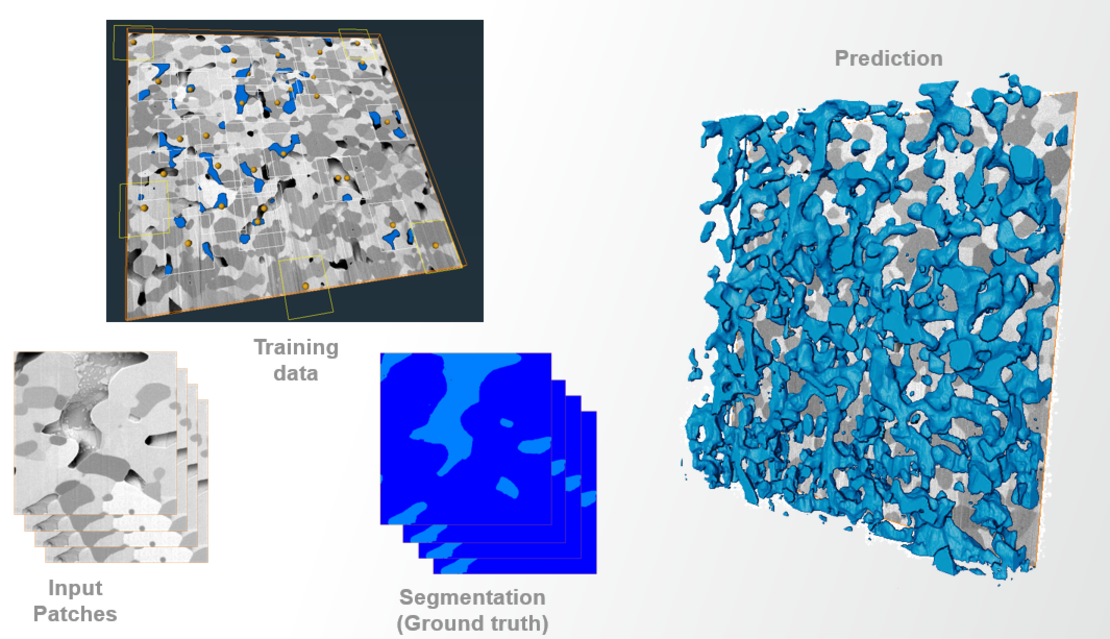 This Xtra consists of five modules aimed at better control of data preparation for training Deep Learning models, through the extraction of 2D or 3D image patches of a fixed size. Patches can be extracted manually, randomly, or regularly across the input volume, and at repeatable positions.

A slide deck is included, giving some instructions and context for using these modules.

A workflow for focusing manual segmentation of the patches with their 3D context is also presented.

The modules are the following:

Note for PerGeos users: the modules and tools proposed in this Xtra are available from the Explore workroom. However, some convenience features mentioned in the slides are only available to Amira and Avizo users. The .hx project file can be loaded in PerGeos to illustrate its use.

Illustrations use an SOFC dataset courtesy of Sabanci University, Turkey

Help for installation
Help for Script