A script that will animate the expansion of pieces of a surface. Contains the script, documentation, an example surface, and a video of the finished result. 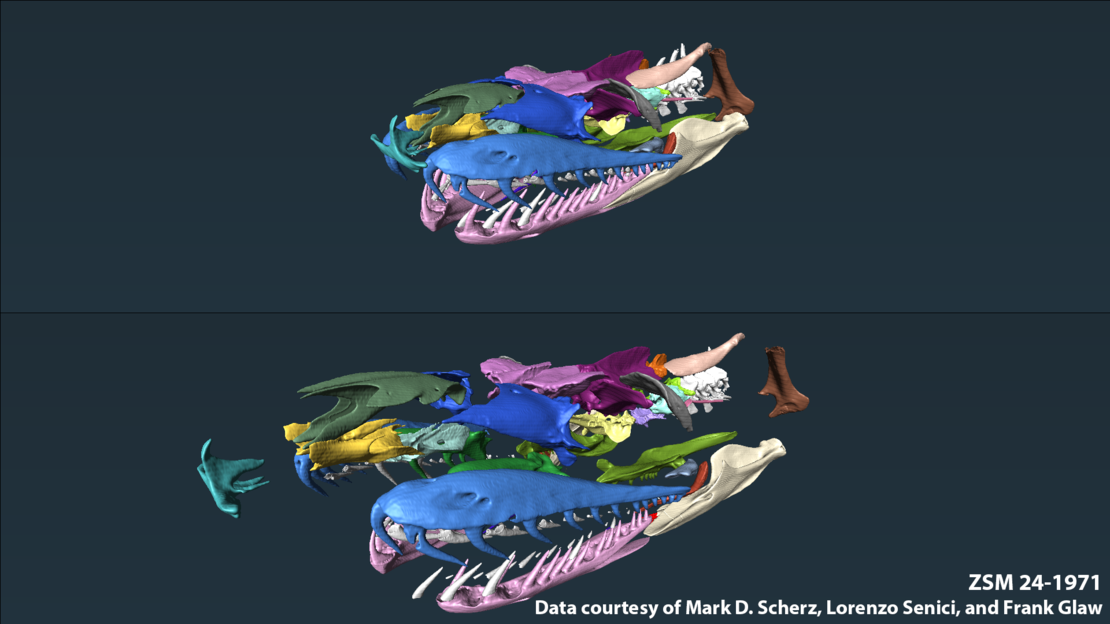 The Explode Surface module can be used to animate patches of a surface moving away from the center of the data. This is done by creating new surface views of each patch and using the TranslateObject script.

Preview image is derived from a micro CT scan of a Boa constrictor skull. These data are courtesy of Mark D. Scherz, Lorenzo Senici, and Frank Glaw at Zoologische Staatssammlung München in Germany.

Help for installation
Help for script